Introducing the world’s most powerful Wireless 0-10V Output DAC Transmitter.  The ASM1-5 makes it easy to control industrial 0-10V devices with an incredible 2-Mile wireless communication range using 128-Bit AES Encryption.  The ASM1-5 is capable of sending up to 4 channels of 0-10V output to control a wide variety of devices equipped with a 0-10V input.  With a 12-Bit resolution, each output is controlled using a integer value between 0 and 4,095 providing a programmable DC output DAC controlled voltage output sourcing up to 30mA per channel.  Control Dampers, Sprinklers, Flow control Valves, Actuators, Solenoids, and Motor Drives.  The 0-10V Output of the ASM1-5 are compatible with 0-10V digital panel meters and PLCs that accept a 0-10V DC voltage input.  Use several ASM1-5 endNodes and talk to each endNode using secure wireless communications.  Control wireless 0-10V outputs on the factory floor, as we have tested this wireless technology in factories in excess of 1 mile indoor line-of-sight with heavy industrial machines operating.  This communications technology is rock solid in electrically noisy environments.  Control wireless 0-10V outputs in industrial buildings, as this wireless technology has the best wireless penetration through walls currently available.

The ASM1-5 includes a powerful command set for controlling each 0-10V output individually or all four outputs simultaneously.  When power is lost, the 0-10V output state may be configured to turn off, return to the last known state, or set all outputs to a predefined startup state.  The ASM1-5 command set also supports reading the state of the each output or read the state of all outputs simultaneously, so your software is always synchronized with the 0-10V output voltages.

Each endNode controller includes a unique serial number.  This serial number is used to target the remote endNode controller with a 4-Channel 0-10V output control request.  Control each endNode up to six times per second using wireless communications.  Use a single computer to target several endNode devices in the area or use multiple computers to talk to multiple wireless endNodes.  endNodes form a wireless mesh to extend communication range beyond the typical 2-Mile line-of-sight range by hopping data between devices to reach the intended target device.  All endNode devices are secured using 128-Bit AES Encryption.  NCD endNode devices may also be used to repeat data from NCD Enterprise wireless sensors, as they act as a mesh network of repeaters to help sensors extend the wireless range.  All endNode devices are available in 900MHz, 868MHz and 2.4GHz versions, but may have a reduced wireless range when using 868MHz and 2.4GHz options.

0-10V Outputs are best defined as DC outputs that vary the voltage from 0 to 10 Volts DC using a programmable DAC with 12-Bit resolution.  Each 0-10V output is capable of sourcing up to 30mA per channel, allowing control of most devices with a compatible 0-10V input.  While the term 0-10V is commonly used, the actual output range of NCD 0-10V output devices is actually closer to 0 to 10.5V.

All endNode devices are equipped with a USB port.  Use the USB interface to control 0-10V output channels.  USB is also used for advanced configuration using our Windows 10 Alpha Station Software.  endNode devices mount as a Virtual COM Port on your PC to simplify communications.  endNode devices are hardware compatible with Mac and Linux computers, we can assist you in using endNode devices on these platforms, but specific software has not yet been developed.  Cross-platform Node-Red support for endNode devices is planned.

Use the I2C Expansion port to plug in relays and try out our ProXR Enterprise command set.  Turn relays on or off, Trigger relay timers, pulse relays, control relays in sequences, toggle relays, and much more.  The ProXR Enterprise command set provides users with simple commands that are converted to low-level I2C commands for relay control applications.  Integrated FRAM memory retains relay state when power is removed, and recovers relay state on power-up.  Check our our line of I2C Relay controllers compatible with endNode. 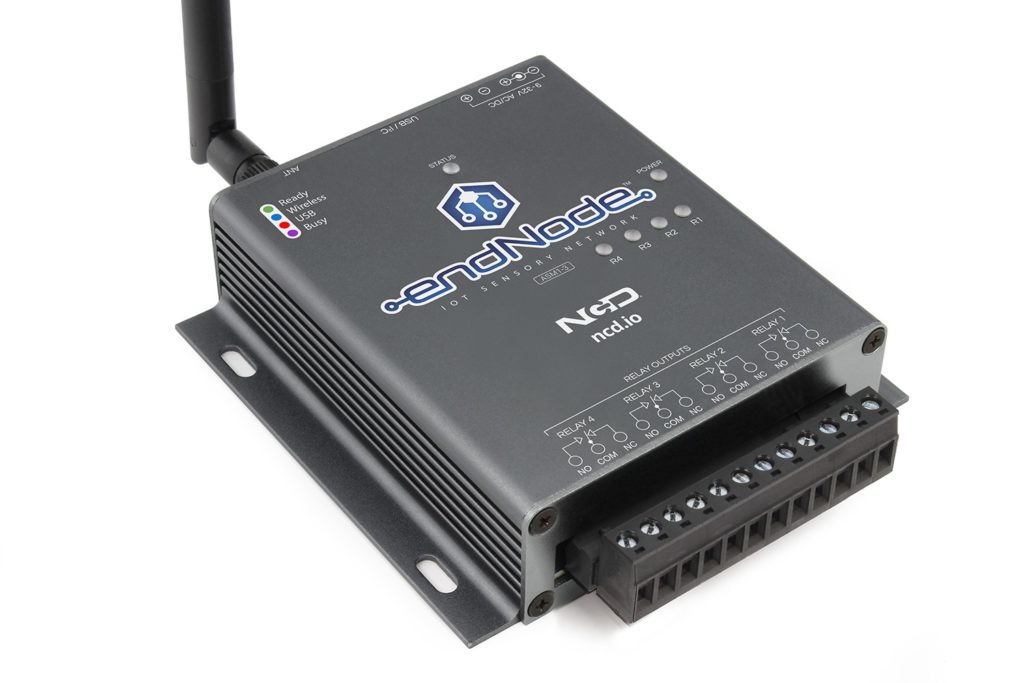 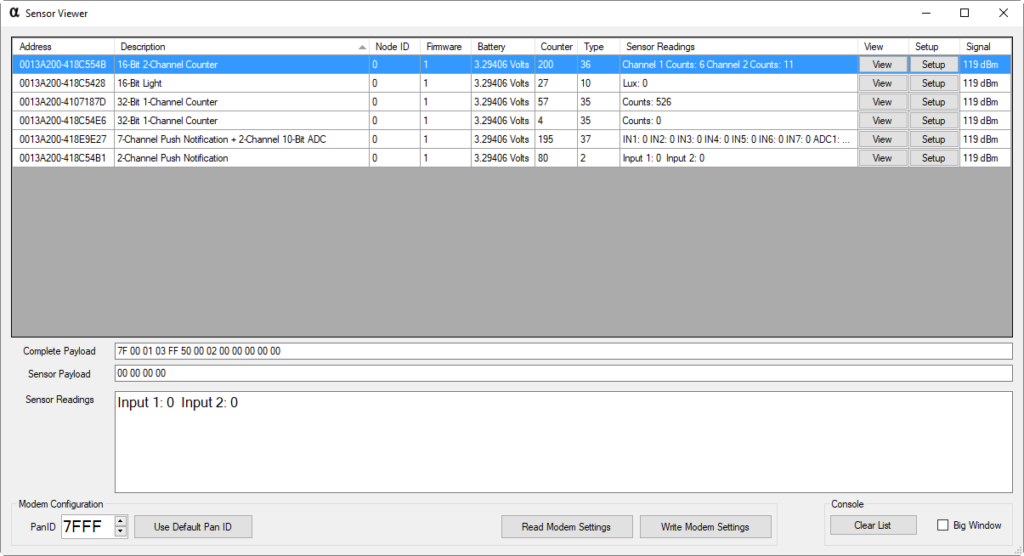